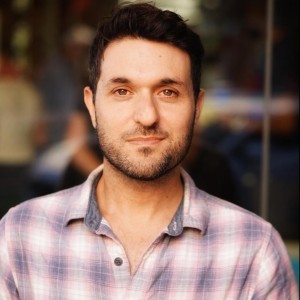 Zubin on hike during one of his solo travels

“I like to organize events…parties,” said Zubin Dittia, a software engineer at a Silicon Valley startup. “I’m a connector. I like to bring people together. If I like someone, I include people in my circle of friends, trying to grow the group.”

Originally from India, Zubin has been in the U.S. for 25 years. He likes dancing to electronic music, especially psychedelic trance. He enjoys the feeling of meditating in his own thoughts. Health-conscious, Zubin enjoys hiking and reading about nutrition. He’s also into solo travel.

Zubin remembers being “pretty introverted” during his first 12 years in the U.S.

He was, “Clearly afraid of interacting with anyone other than the people I worked with or the people I already knew very well.” He wasn’t happy with this way of being and, “…didn’t have good friends down in the South Bay.”

“At some point in time I forced myself to change. That’s partly my nature. I want to put myself in uncomfortable situations. I tend to learn more stuff that way.” So Zubin pushed himself outside his comfort zone and found an international activity group on Craigslist. Initially “terrified” because he didn’t know anyone, over time he got increasingly comfortable. Eventually he and a friend became the group’s organizers.

He signed up for Jaunty’s free workshop on social intelligence because it sounded interesting. “I’m interested in anything and everything. If it looks a little unusual and I don’t know much about it I’m curious. The more different it is, the better. I’ve been several times to Burning Man.” Zubin did the Jaunty workshop, liked founder Eric Waisman, and signed up for the six-week course on people skills.

His main goal was to learn something new.

He ended up learning invaluable, practical skills which boosted his self-confidence, as well as making great friends.

He feels Jaunty’s “crazy assignments” helped him “develop a social bond” with people in his class. They took over bars practicing their social intelligence homework. Zubin’s class ended in early summer and he still regularly hangs out with everyone. Next month he’s renting a house in Tahoe with 10 classmates.

After the course, Zubin went on vacation to Taiwan on his own. He’d driven a scooter along a marble gorge. He stopped for lunch at a roadside cafe with a lot of families. He noticed one woman who was sitting on her own.

“Before Jaunty I would have ignored her and gone to my own table. But I went up to her and said, ‘Hi, how are you doing? How’s your day going?’”

They hit it off and had a great conversation. If their schedules had been better aligned they might have traveled together.

Zubin (furthest right) at a picnic with fellow Jauntyites

Zubin appreciates the listening techniques he learned at Jaunty. “When I’m listening to someone, [I] look them in the eye more, but also listen without moving too much. [I] give occasional indications that I’m listening, as opposed to constantly nodding my head. That gives you more of a feeling of poise. I’ve found it makes people talk with you more sincerely like you’re really listening.”

Particularly, I look at the people I work with, especially software engineers. They are not really good with initiating contact with someone who is different from themselves. I think they would benefit tremendously. It’s a good skill for everyone to have. I think everyone should go to Burning Man once, and everyone should take Jaunty classes.”